Somewhere in a city, in a yard hidden in between houses, there is a wall. A wall that challenges us, puts our courage to test and lets our imagination go riot. Also, there is a piece of luggage, one to contain our childhood, long lost wishes we have once packed up. A little boy and five adult men return to the yard, each of them with a bag, to revive their boyhood fantasies. You know, a whole wide world may be hiding behind the wall. Just try and jump over. Or simply climb up and look at the city from a bird’s-eye view. Or, why don’t we open up the bag and recall a song:

Long, long time ago, a boy was just a boy never realizing that he was just a boy,  walking around with his head down,  grudging over spinach, milk rice and peas for dinner.  Not to talk of steamed cauliflower. Today, he can eat all of those. More than anything else, Walls & Handbags is a dance-drama acrobatic spectacle.

The production won the 2014/2015 Divadelní noviny Award for direction and choreography in the Dance and Motion Theatre category.

A Few Words on Uncertainty 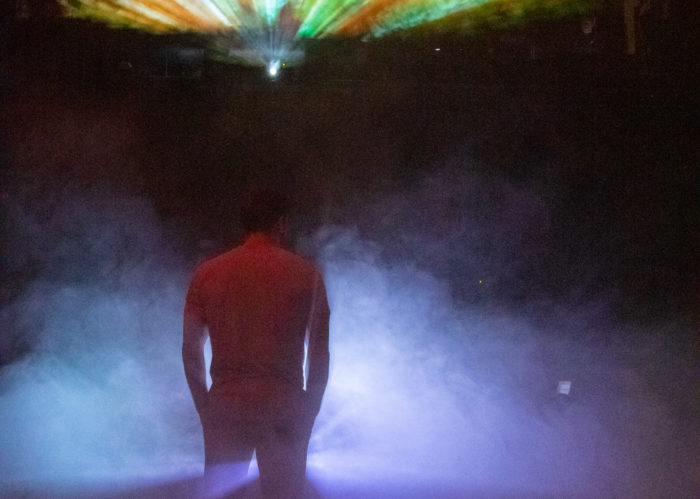 The Wilds: The Vanity of Plumage